The Draft class for this year is loaded with potential stars and studs on both sides of the ball.

There is so much depth between position groups that many teams will still be able to find good young talent in the later rounds of the Draft. How each team will spend their Draft picks is based on their off-season needs and whether or not they are able to meet those needs in free agency, or if they are looking for a youngster to mould and develop.

With the NFL Combine coming up next week, all those invited will be preparing for the biggest interviews and evaluations of their professional careers, as most of the players will meet with just about every team in the league.

Forty-yard dash times and cone drills will help define each player’s athletic abilities and agility and coaches will get an up-close and personal look at each prospect.

Interviews are essentially a time where players can get an idea of what a team’s plan is in regards to themselves and how they fit into those plans. And on the flip side, they give coaches the chance to dig a little into the player’s attitude on and off the field.

Take a look here at my updated player rankings and see where each of the five new prospects is placed.

Prospects that have been moved up or down since my last update will be shown in parenthesis.

There is not a lot of sure-fire talent at the safety position this year but that doesn’t mean there isn’t any at all.

Ha Ha Clinton-Dix is one of the few first rounders at the position. Starting on the Alabama defense for multiple years is quite an impressive accomplishment and, when you put on his tape, you will see why he has manned that position for so long.

Clinton-Dix is a very aggressive tackler who shows good range and instincts. Safety-needy teams will be clamouring for his services and should be more than willing to spend their first pick acquiring him. 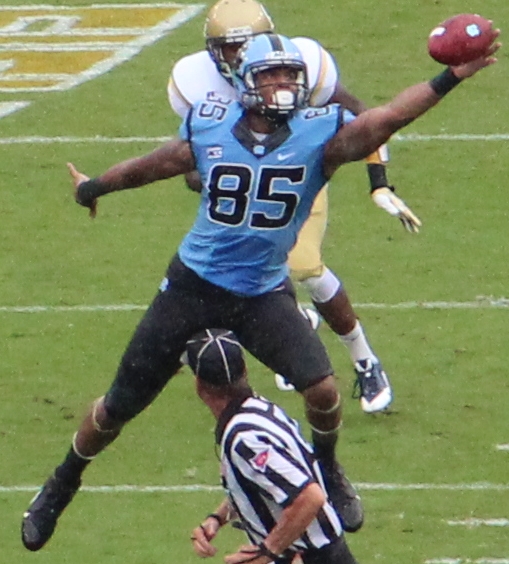 With so much success recently with the evolution of the tight end position, teams and coaches have taken notice.

That is more than good news for players like Eric Ebron – a big, physical and athletic receiver who can help spread the field and give the quarterback a go-to option on every pass play.

And while he is not the most impressive blocker at the position, he is reliable enough to get the job done. Look for Ebron to get taken somewhere in the middle of the first round.

Louis Nix is a big man, standing at 6ft 3in and weighing 340 lbs and is a load to handle for any offensive lineman.

The Notre Dame standout has spent his career at South Bend muscling past blockers and crushing any and all ball carriers.

With his size and strength, Nix is able to rip past the offensive lineman and get into the backfield, even when he is double-teamed.

Nix would be an ideal nose tackle in a 3-4 defensive scheme as he fits the bill perfectly for the demanding position.

There are two great LSU receivers who have come out for this year’s Draft, one of whom is Odell Beckham Jr.

With the ability to take it all the way each time he has the ball in his hands, whether it be as a receiver or returner, Beckham Jr. is a dangerous weapon that any offense would love to add to their roster.

He also shows good concentration and hands to make the difficult catches in traffic. With so much depth at the receiver position this year, finding a good receiver shouldn’t be all that hard but teams will want to take a good, hard look at the talent and potential Beckham Jr. possesses.

There are so many aspects to Jason Verrett’s game to fall in love with that it almost makes him out to be the perfect cornerback prospect.

Yes, Verrett is undersized at 5ft 10in and 180 lbs but that is the only glaring knock on his resume.

Verrett is hands down the best in this year’s draft at locating the ball, timing, and positioning himself in the right spot every time to give him the opportunity to make a play.

The TCU product excels in man and zone coverage and is also very aggressive in run support – running up to make the tackle regardless of who has the ball.

It is a close race between Verrett and Gilbert for the top corner spot but don’t be surprised if you see him move up to the top of the position rankings.