Fallout: What’s Next for the WWE After Daniel Bryan’s Injury

Fallout: What’s Next for the WWE After Daniel Bryan’s Injury

WWE World Heavyweight Champion Daniel Bryan shocked fans on RAW as he announced he would be out indefinitely with a neck injury that requires surgery. He’ll be going under the knife on Thursday, but it leaves the WWE in a precarious position if he misses any length of time.

It also makes one wonder what will happen with a number of current talents. How will the trickle effect look? Worst case scenario would be that the titles are stripped from Bryan. And oh boy that would suck for Bryan fans.

This will be the question that most fans are asking. If Bryan is out any length of time that causes him to lose the belts, will The Best In The World make a return?

Honestly, I don’t know. The WWE could use him as a Bryan injury leaves them with only John Cena as a top face to work singles matches. Orton and Batista are not face options, especially with the latter needing time off for movie commitments. It really leaves a hole, and I’m skeptical there is the talent on the roster to elevate to the very top.

It would be great to have CM Punk back. Not only because of Bryan’s injuries, but Bray Wyatt is already running out of top-card stars to feud with.

I still don’t think it’s likely though. He didn’t leave on good terms it seems, and there hasn’t been much reported interest on his side either.

Sheamus might be one to move up the card. He’s been set for a heel turn for weeks – one that likely joined him with Evolution against The Shield, but maybe things change now. He’s definitely over enough with the crowd and can work a solid, and sometimes spectacular, match and has been at the top of the card before.

He was just crowned United States Champ however and I’m skeptical of him being in top-card feuds as a mid-card champion. You can’t have him lose often, but you also can’t have top stars lose to him often either without their value dropping due to losses to a mid-card title bearer. But that could be good for the United States title’s value.

He’ll likely move alongisde the spot of the top-card that The Shield and Wyatt Family occupy. Co-main event matches and we’ll likely see some real matches and challengers for his title now. 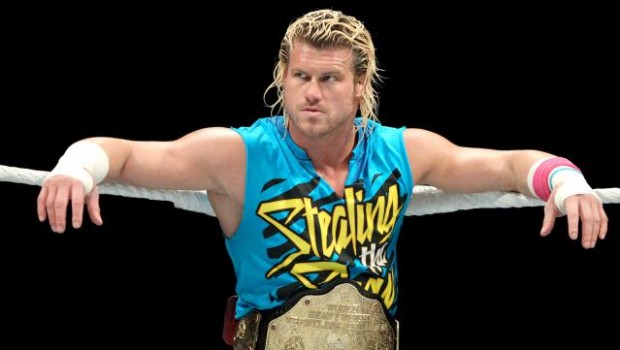 Will Dolph Ziggler or Del Rio get some kind of a push again?

Ziggler’s been on a downward spiral ever since suffering a concussion that ultimately ended his World Heavyweight Title reign just under a year ago. He remains over with the crowd though and could be very useful in the midcard.

Alberto Del Rio I think is stuck in the mid-card for now. He’s lost too much in recent memory and isn’t over with the crowd as a face or a heel. He’s just a guy at this point. It would take a lot of work to get him back up top and I don’t think the creative team has it in them.

What about Brock Lesnar?

The man who ended the Undertaker’s streak has not been seen on WWE TV for over a month. Will the company be forced to pay his appearance fee more often to help beef up the top of the card? Maybe. He was probably going to return in time for Summer Slam, but maybe he shows up earlier now.

Will The Shield’s split be accelerated to promote Roman Reigns to the top of the card?

I hope not. This isn’t just because I want The Shield to last long as possible, but I don’t think Reigns is ready yet. He’s still not the best talker in the world and he hasn’t had much singles action. The worst thing to happen would be for him to succumb to being rushed into the main event like Ryback was two years ago when Cena was hurt.

There’s Cesaro and Barrett too, right?

Yes, and they’re definite maybes. For some unknown reason the WWE has Cesaro treading water as a heel at the moment, despite the fact he likely should’ve made a face turn after leaving his old heel stable, instead of just switching sides to a different heel position.

If Cesaro turns face though and leaves Paul Heyman after Payback, then he could definitely fill a hole in the upper-midcard.

“Bad News” Barrett is in a similar position. He’s technically a heel, but he’s so popular he’s essentially a face. It would be good to keep him this way to avoid neutering what made him so great – vicious ring work and scathing promos. Moving him up in the card some could also greatly benefit the Intercontinental Title and help restore it to really being the secondary championship in the company.

What about some former champs though?

Guys like the Big Show and Mark Henry will find themselves with something to do more likely, but both of their days as main eventers are done. Big Show’s last run against Randy Orton was an embarrassment and Henry hasn’t been active, nor has his booking been terrific.

Christian is too injury prone it seems these days to perform multiple times in a week.

Cody Rhodes could be someone to look at as a face post his feud with Goldust though. Him and his brother were both incredibly over with the fans, and if he gets put over again as a face, then he could move up into the upper-midcard to help beef it up.

The only real big name out there to return is Chris Jericho, and while he’s still one hell of a wrestler, I don’t think he’s destined to be at the top of the card anymore. I would love to see it, but his part time commitment to the company probably wouldn’t see him last there very long.

There is also Sting to keep in mind, but I’m not sure the WWE wants to use his appeal so far before the next Wrestlemania. He has one nostalgia match left in him and it wouldn’t be wise to spend it anytime else.

What about The Rock or Goldberg? Doubt it. Same case as Sting. No Wrestlemania, no dice most likely.

What do I think will happen?

It all depends on time missed. if its only short term, less than 8 weeks, I’m not sure how much will change other than some extra screen time for guys like Barrett, Sheamus, Big Show and maybe someone like Cody Rhodes post feud with Goldust.

If Bryan is out more than two pay-per-views, then I think the title gets stripped and you’ll see Cesaro break away from Heyman quicker than probably was planned. Shield will begin to split after Summer Slam. Cody Rhodes will get a singles face push. The upper-midcard will get beefed up to help cushion the top of the card, where it’ll just be Cena. Cena will likely become the new champ and maybe slide into the feud with Kane still going after Brie Bella. Since Cena is dating her sister, Nikki, then it could be a way to continue what they’ve done with Kane.

The WWE is so hard to call more than a pay-per-view away I’m honestly not sure what will happen. Let’s just hope they play it smart.