It seems Luis Suarez isn’t the only football player who has a problem with biting.

Bari striker Giuseppe De Luca – currently on loan from Atalanta – got his gnashers in to Avellino opponent and AC Milan loanee Gianmario Comi during their Coppa Italia third round clash. 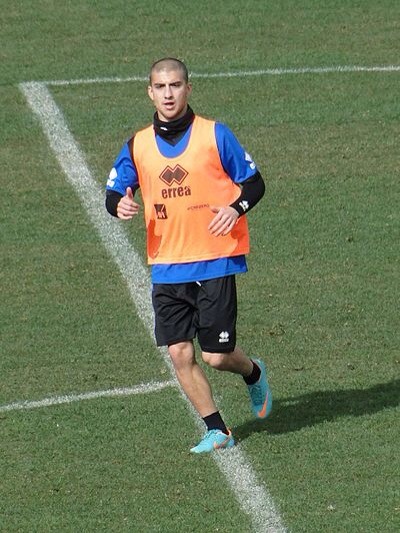 Bari were leading their Serie B rivals 1-0 at the time of time of the incident which saw former Italy Under 21 forward De Luca sent packing by referee Gianluca Paparesta.

Comi – with bite marks to boot as shown above – even picked himself up to score a vital goal as Avellino fought back for a 2-1 win.

It’s thought De Luca will pick up a hefty ban for the incident which marred an otherwise entertaining game.