Its time for the third week of the illustrious NHL Panic Rankings. We’re starting to get into injuries, and we’re seeing some trends emerge from teams. So which are panic worthy? I wish I could expand the list, but I’m going to hold firm at 10.

No panic here, but I wanted to get this on the list and put it in a position that everyone would see it. What the Penguins did was terrific. And then the tribute on Hockey Night in Canada where the anthem was synchronized across Ottawa, Toronto and Montreal on Saturday night was very touching.

Its a great thing to see all the support at home and coming in from other parts of the world. 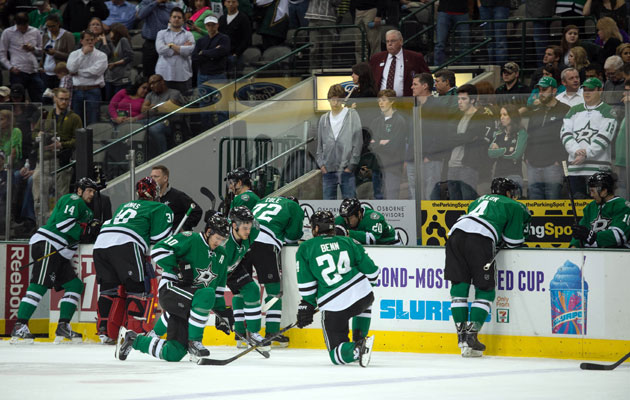 The biggest concern for the Stars this year was whether their defence could hold up over the course of a season. Well, so far not so good. Patrick Nemeth, while a rookie, was logging decent minutes and he’s out for the season.

Goligoski/Daley, Dillon/Benn, Oleksiak/Connauton/Gonchar is not the greatest group of defenceman you could have to handle the big boy teams in the Western Conference.

Not helping is the fact their their backup goaltender, Anders Lindback, has only stopped 1147 of 1282 shots he’s faced in the last 3 seasons for a .895 save percentage. 15-20 points lower than league average.

Jeff Petry! Dustin Byfuglien! Other out of favour really good defenceman! Come on down!

Tell me if you’ve heard this before: Coach says “We don’t compete hard enough! That’s why we aren’t winning!” Not blaming it on the fact that his team is bad and slow and not very talented and never has the puck.

I see a team in Colorado that competes just fine. Those players work their bags off. But those players aren’t a great collection of players with uncertain goaltending, a slow defence and a forward group severely lacking in bottom six players.

They’ve played 4 games against playoff teams from last season, and lost 3 of them. This team had trouble handling the big boys of the league last year and that doesn’t appear to have changed.

Their depth players get murdered on the ice. Their defence has no depth (Sbisa is exceptionally terrible). They can’t win a faceoff and their goaltending is hot and cold.

Fixes? Well, if Stanton and Corrado can come in their is almost no way they out terrible Sbisa-Weber on the bottom pair. Bo Horvat (injury) could provide some talent at center and he’d have to try to be worse than Shawn Matthias and Brad Richardson. But their is no answer for the second line spot.

6. The Eastern Conferences hopes of winning a Stanley Cup The East went into this season with only 3 teams you could consider “elite” with Boston, Tampa Bay and Pittsburgh. All those teams had their share of deficiences coming into the season. Behind them were a bunch of also-plays-games and behind that was a bunch of crap.

Consider that the Montreal Canadiens are considered a “contender” in the East. Same with the New York Rangers. I guess they’re fun, but the Canadiens are basically the Nashville Predators, and the Rangers are like Minnesota Wild.

If you think the Wild or the Predators are winning the Stanley Cup anytime soon I have some snake oil I’m willing to sell.

He seems fascinated by hockey gloves. No one tell him about the internet or gifs please. He might not be able to handle it.

They sure could use Johnny Boychuk right about now.

The Bruins were already stumbling along this season. Losing a player capable of bending the other teams star players into submission isn’t going to help that.

The pressure is going to be on Dougie Hamilton to prove he’s got what it takes to be a top player. 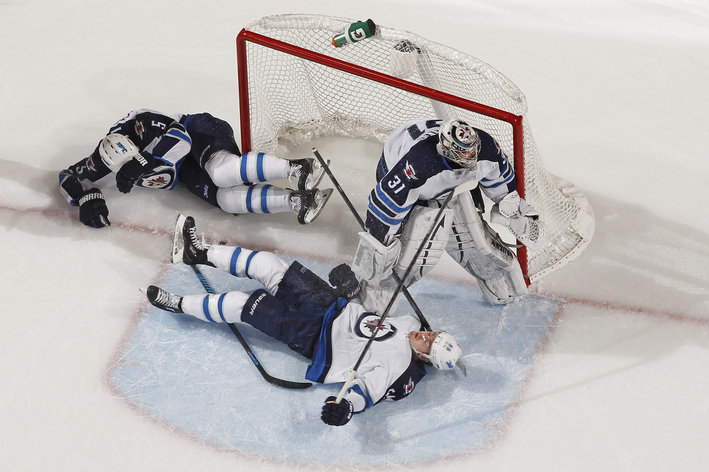 They are bad. Everyone knew this, but it seems the honeymoon has worn off in Winnipeg and fans have gone from just being happy to have a team to actually expecting them to win. You don’t win games with Ondrej Pavelec as your goaltender.

Remember when the media said he was a better goaltender than Carey Price? This was during the first two years in Winnipeg. While I don’t think they’d go that far, I’m still convinced they’d take him over all but the games elite, when he isn’t even better than most backups in the NHL.

Winnipeg is such a confusing place.

They’re still one of the few market innefficiencies that go in the teams favour, unlike goaltending, but its becoming more expensive. Almost like teams are realizing that good defensive isn’t hits and blocks and looking mean, but is actually not letting the puck in your zone and getting it out reliably under control when it does.

Lock them up soon, the price is only going up.

1. Sportsnet ruining the sanctity of Hockey Night in Canada bit by bit as every hour passes 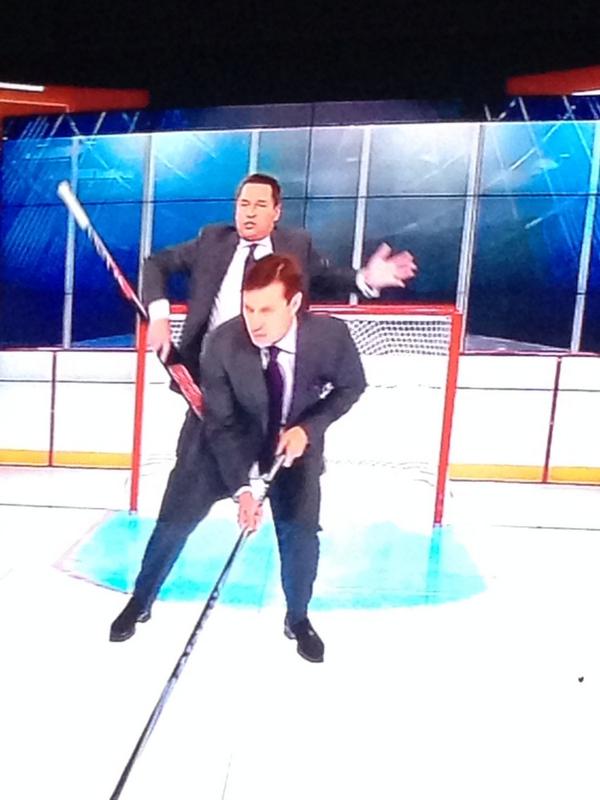 Where did After Hours go?

Why can’t Game Center Live actually be synchronized so that the score isn’t spoiled 90 seconds before the stream?

Why does every segment hosted by Strombo have to end in the forced awkward laughter?

Who thought it was a good idea for all those “miniature” rink demos where the “analysts” play around with hockey sticks?

This isn’t NFL Countdown. Those segments are cheesy and terribly uninformative of anything when they’re done for basketball and football broadcasts, and they’re no better for hockey.

Football News 24/7
This Is What A Rookie Of The Year Catch Looks Like From Kelvin Benjamin
Have CM Punk And WWE Finally Buried The Hatchet?