Not many players in today’s game can say they hold such an honour and Gerrard has well and truely placed his name in football folklore for the foreseeable future.

Of course there could be so much more but here are 11 of Gerrard’s best moments wearing the armband since he took over from Sami Hyypia in 2003. 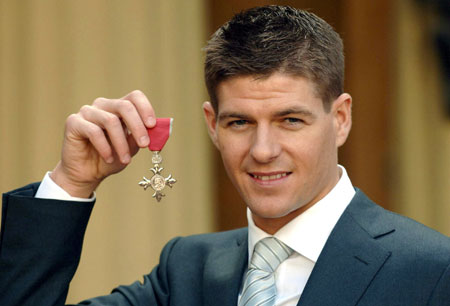 After having an excellent year in 2006 Steven Gerrard was made a Member of the Order of the British Empire by the Queen of England for his services to sport. Not bad for a Scouser.

The season of 2005/06 really was fantastic for Gerrard and Liverpool. Having lifted the Champions League the previous year, Liverpool’s captain was awarded PFA Player of the Year the day after securing an FA Cup win over West Ham.

Back in the Champions League after a five-year exile Liverpool struggled to overcome number-makers Ludogorets. After Mario Balotelli had given the home side the lead the Bulgarians responded to earn a deserved draw before a last-minute penalty from captain fantastic gave Liverpool the three points.

Having just watched Arjen Robben miss his penalty in the shootout Steven Gerrard had the chance to put the Reds 3-1 up and have one foot in Athens. As usual the captain led by example and calmly slotted from the spot before Liverpool won the shootout 4-1 and set up another date with destiny.

After the 5-1 thrashing of Arsenal at Anfield, Liverpool fans really did start to believe they were going to win the league as the chants rang outside Old Trafford in April. A win at the hands of their old rivals would really cement Liverpool’s place in the title challenge. Up stepped Stevie G, not once but twice, to score a brace from the spot. He did, of course, miss a third penalty but I’m sure he won’t lose any sleep over it .

6. Double in 4-0 thrashing of Real Madrid

A night Anfield will never forget. Goals from Fernando Torres and Andrea Dossena along with a Steven Gerrard double on the back of a 1-0 win at the Bernabeu allowed Liverpool to stroll into the last eight of the Champions League once again.

Gerrard has always been a pain in the bottom for his city rivals Everton, however, this night he took it to a whole new level as he single-handedly tore the Toffees apart with a hat-trick thanks to a little help from his old pal Luis Suarez.

Goosebumps. Of course we all know the final outcome of last season’s Premier League, however, Steven Gerrard showed on this day exactly why he is Liverpool captain and one of the most respected footballers in the game. The sheer passion and dedication from the skipper could be seen in his speech and in the tears on his face.

Having already scored the first equaliser for his team who were 2-0 down, Gerrard pulled Liverpool out of the dumps once again in the 90th minute when it looked like West Ham would go on to lift the FA Cup. This stunning goal took the game to extra time where Liverpool went on to win on penalties.

Yes, everybody remembers this one. With Rivaldo scoring a freekick, the Reds needed three goals to progress into the last 16 of the Champions League. After Florent Sinama Pongolle and Neil Mellor made it 2-1 Liverpool still needed another goal to qualify. Who else are you going to rely on in that situation? 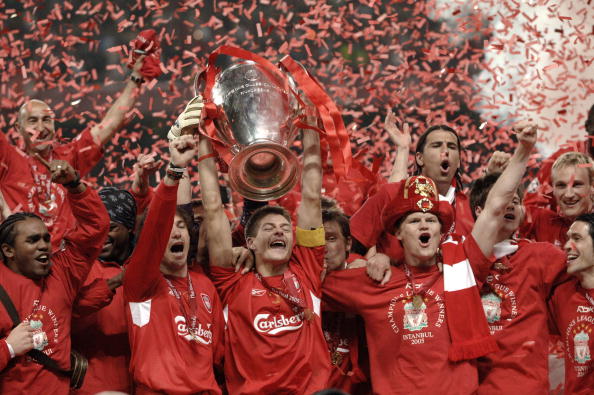 This was the moment Steven Gerrard lived every football fan’s dream. The miraculous comeback in Istanbul started when Gerrard nodded home John Arne Riise’s cross to make it 3-1 before a goal from Vladimir Smicer and a Xabi Alonso penalty took the game to extra time and penalties where Liverpool would win it thanks to Jerzy Dudek’s heroics between the stick. One of the greatest moments in football history and of course Stevie G would be part of it.

How Successful Has the Return of the Bundesliga Been?